After a long-term consultation process and the provision of positive opinions by all stakeholders, the environmental terms of the project were approved under the Decision 728 / 11-01-2018 of the Deputy Minister of Environment and Energy.

The decision itself, in accordance with current legislation, is at the same time an authorization for intervention on forest land.

With the issuance of the environmental permit, the Action “Design and EIA of the PCI 3.24 – Hydro-pumped storage in Greece- Amphilochia”, co-funded from the CEF Energy, was formally completed. 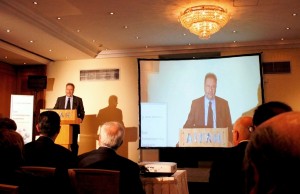 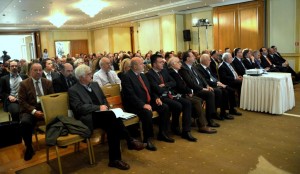 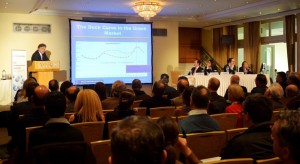 TERNA ENERGY, organizes on Tuesday, 13th of December 2016, 09:30 – 16:00, at Aegli Zappiou, informative event about the “Hydropumped Storage in Amfilochia” Project. The event will be open to the public and aims at presenting the project and its expected benefits.

The Project’s EIA has been made available for Public Consultation

The public consultation process and delivery of opinions regarding the Environmental Impact Assessment of the Project was initiated today. As final day of the process has been specified the 29th of December 2016, in accordance with legislative provisions.

The relative notification can be accessed through the Western Greece Prefecture’s website.

On the 7th of October 2016, following a successful completeness check, the Environmental Impact Assessment Study (EIA) of the Project was sent through to the relevant stakeholders for opinion giving by the Department of Environmental Licensing (Ministry of Environment and Energy).

Submission of the Environmental Impact Assessment Study for the project

Following the expected issuance by the Regulatory Authority for Energy (RAE) of its approval for modification of the project’s production license, the Environmental Impact Assessment (EIA) Study was submitted to the General Directorate of Strategic Investments, which directly forwarded it to the competent environmental authority (Department of Environmental Licensing, Ministry of Environment and Energy). After having made the necessary checks, the study will be forwarded to all stakeholders in order for them to express their views. Meanwhile the planned public consultation will take place, leading ultimately to the adoption of the decision for approval of the environmental terms for the project.

Today Member States agreed on the European Commission’s proposal to invest €263 million in key trans-European energy infrastructure projects. In total, nine projects were selected following a call for proposals under the Connecting Europe Facility (CEF), an EU funding programme for infrastructure. The selected projects will increase energy security and help end the isolation of Member States from EU-wide energy networks. They will also help enhance competition of the European energy market and thus contribute to ensuring that consumers get best value for their money.

Second Call for submission of proposals to CEF Energy for 2016

On the 30th of June 2016 the second call for proposals opened by CEF Energy, making an indicative €600 million of funding available to finance projects of common interest in the energy sector – namely in electricity and gas. The deadline for submissions by the interested parties has been specified as the 8th of November 2016.

The call will support projects geared at the following objectives:

More information can be found on the following links:

Inclusion of the project in the European Investment Project Portal

On 30/06/2016, and after the evaluation of the relevant application submitted by the company, the project was posted in the European Investment Project Portal (EIPP), at the following link: https://ec.europa.eu/eipp/desktop /en/projects/project-32.html.

The EIPP was established by the European Commission to enhance transparency on investment opportunities in the EU. It forms part of an investment project for Europe and is designed to support investment in the real economy.

Through the portal the project will have the potential to showcase, gain publicity and attract potentially interested investors from around the world.

The first 2016 CEF Energy call closed today 28 April 2016 with INEA (Innovation & Networks Executive Agency) receiving 16 project proposals, requesting over €357 million in total EU funding. The evaluation process, which will involve external experts, is expected to be concluded by July 2016, when the final results will be announced.